The Buy American Act (BAA - 41 U.S.C. §§ 10a–10d) passed in 1933 by Congress and signed by President Hoover on his last full day in office (March 3, 1933), required the United States government to prefer U.S.-made products in its purchases. Other pieces of Federal legislation extend similar requirements to third-party purchases that utilize Federal funds, such as highway and transit programs.

The American Recovery and Reinvestment Act (ARRA) includes a "Buy American” Provision which establishes a general preference for purchasing goods produced in the United States. The provision states that consumers who receive federal "Stimulus” funding are required to purchase American-made goods whenever possible, which in turn, protects American workers by saving existing jobs and creating new ones.

When the ARRA bill was passed in 2009, it allocated $6.3 billion for state and local governments to make investments in energy efficiency and conservation and an additional $4.5 billion to boost the energy efficiency of federal buildings. The Hubbell Tankless Electric Water Heater is 99% efficient making it your best option for water heating. Unlike storage tanks which are constantly working to maintain a tank full of 140°F water which is then mixed with cold water when delivered to your fixture, the Hubbell Tankless unit heats water on demand and precisely to your desired temperature (typically 105°F or 40°C). When you replace a tank water heater with a Hubbell Tankless you eliminate 365 days of "standby heat loss” and save energy by delivering hot water more efficiently to the point of use. The end result is a savings of up to 40% on the water heating portion of your utility bill.

In addition, under the North American Free Trade Act, "NAFTA” goods must originate in the United States, Canada, or Mexico. 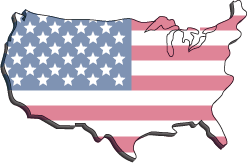